Travel was a big part of me and Brendan’s  life before we had Archer, we were always saving up for the next trip overseas. So of course we really want to share our love of travel and adventuring to new places with him but the thought of being trapped on a long haul flight with a toddler who doesn’t like to sit still I honestly think is enough to make the most well-seasoned traveller slightly anxious. After my sister and husband visited Bali last year and couldn’t stop raving about it we decided that seemed like a close enough destination to dip our toes in the water of travelling with kids. 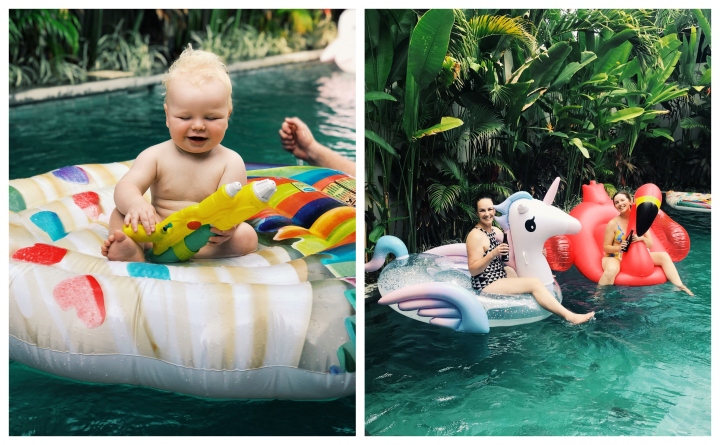 We stayed at Villa Anguun which was absolute perfection for a toddler and for us of course. We paid extra to have the pool fenced and Archer could roam around the whole villa and we didn’t have to worry about any danger. 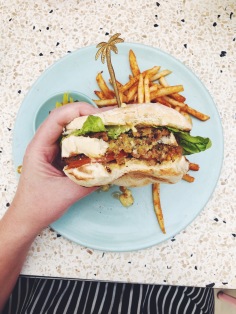 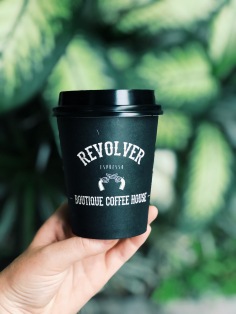 To be honest we did a whole lot of nothing, which was exactly what we wanted on this holiday. We mainly swam at the villa, ate and went for a few walks when it wasn’t too hot. Oh and got massages of course. The traffic is just insane in Bali and for us wasn’t worth the hassle of trying to get out and about. We tried to go on a day trip to Blue Point and Uluwatu temple but the traffic was so bad that after an hour and a half we had moved 10kms so we ended up just heading home. So unfortunately I am not a lot of help on this one.

We stayed at Lodtunduh Sari about 2.5kms out of the centre of Ubud. This place appealed to me as it was actually located on the rice fields but when we arrived we soon realised it was a death trap for toddlers. There was a blind drop of about 2 metres at the edge of the property into the rice fields. We couldn’t take our eyes off Archer for a second while we were there. I would recommend this villa for adult guests especially if you want something slightly more authentic then what the larger hotels and villas offer but I really wouldn’t recommend taking young children. I did also get one of the best massages of my life here so there were lots of positives too.

Once again we were very good at doing nothing. We did go to the Monkey Sanctuary which Archer loved and well to be honest I did too. Brendan hired a scooter which he loved and I felt much safer scooting around Ubud then I think I would have felt doing the same thing in Seminyak. I really wish I had have done a cooking class while we were here but I guess I can save that for next time.

If you want any specific tips about travelling to Bali with a baby or just Bali in general feel free to get in touch, I will help as much as I can!